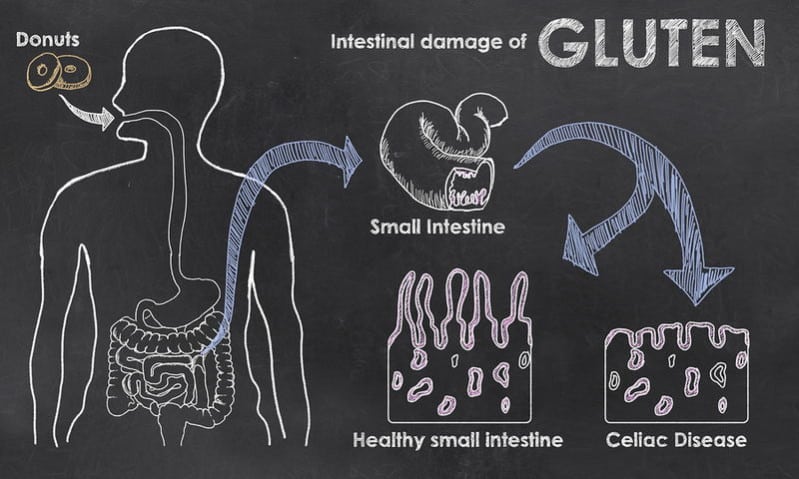 Have you had infectious gastroenteritis? Most people who have a gastrointestinal infection are quite miserable, with some combination of nausea and vomiting, cramps and diarrhea. This would include illnesses called stomach flu, food poisoning, traveler’s diarrhea and dysentery, among others.

These infections resolve with treatment and time, but for some people, they cause problems later on. It is now known that infectious gastroenteritis increases the risk of developing a number of chronic illnesses, including inflammatory bowel disease and irritable bowel syndrome.

Gastroenteritis is most commonly caused by one of a number of viruses, which is why it is known as the “stomach flu.” Bacteria from contaminated food or water cause more severe symptoms. Bacterial infections can be acquired at home or in other countries. Traveler’s diarrhea refers to an infection caught while visiting another country. This is most likely to occur in places where sanitation is poor. Finally, parasites also cause intestinal infections. There are parasites found in the United States as well as many more in other countries.

Most people recover on their own from gastrointestinal infections, especially those caused by viruses. Bacterial infections can be treated with antibiotics, and there is also treatment for most parasitic infections. However, sometimes, especially after severe bacterial infections, people develop other gastrointestinal symptoms later. These can be in the upper part of the gastrointestinal tract, with nausea and bloating, or in the lower part, including cramps and diarrhea. Some people experience all of the symptoms, but they are clearly not part of the initial illness. Signs of an infection, like fever, will be gone. Cultures will no longer grow any organisms.

Bacterial (and some parasitic) gastroenteritis can cause significant damage to the intestinal lining. It is believed that this damage is what can trigger other illnesses. Infectious gastroenteritis is associated with a greater risk of developing inflammatory bowel disease, as already noted, but also certain kidney problems, nervous system diseases, and joint inflammation. There is some evidence that actual celiac disease can be triggered by intestinal infection.

People can have symptoms for an extended period of time, from many months to years after an infection. If tests for inflammatory bowel disease and celiac disease are negative, these individuals frequently receive the diagnosis of irritable bowel syndrome (IBS). IBS is a diagnosis of exclusion, meaning that no other specific cause of the symptoms has been found. Treatment is directed at symptoms, with medicines to help with cramps, diarrhea, constipation, dyspepsia and bloating.

In at least some cases, it is not irritable bowel syndrome, but rather an intolerance to certain foods that develops after a gastrointestinal infection. It has been known for a long time that children may not be able to digest milk products after the stomach flu, and that is why pediatricians may suggest stopping milk products temporarily. Children in these cases have developed lactose intolerance, probably because the intestinal villi, where the enzyme lactase resides, have been damaged. This may happen to adults as well as children. The intestinal tract can recover from this in people who are not genetically predisposed to be lactose intolerant.

The recently ­published case report described an adult with IBS ­like symptoms after gastroenteritis which improved quickly on a diet free of both gluten and lactose. The patient was able to resume consumption of both fairly quickly and continued to do well.

The authors of the report described a mechanism that may cause gluten intolerance after gastroenteritis, as well as a number of ways that poorly digested gluten could cause symptoms.The enzyme called peptidase, which is also in the intestinal lining, may not work properly because of damage to the lining. Instead of gluten being completely digested, pieces may just pass through the intestine. This may itself further irritate the intestine.

Also, the presence of large pieces of gluten in the intestinal tract can prevent water from being moved out of the intestine through its lining cells into the bloodstream. The excess water can cause diarrhea. Partially digested gluten pieces that reach the large intestine will be digested there by normal bacteria. This will produce more gas than normal, leading to bloating and cramps.

It is especially important to consider both gluten and lactose intolerance in someone who develops chronic intestinal symptoms after infectious gastroenteritis. The treatment for both is to remove them from the diet, at least temporarily. If symptoms resolve, gluten and lactose can be added back into the diet one by one, slowly, and stopped if symptoms reappear.

The authors of the report emphasized that people with this type of history must be checked for both celiac disease and inflammatory bowel diseases, with appropriate blood tests and by looking into the upper and lower parts of the intestinal tract. If there is no serious disease apparent, removing gluten from the diet as well as lactose if that hasn’t already been tried makes sense.

If you have had the stomach flu, food poisoning or any other similar type of infection, and after recovering, develop new intestinal symptoms that just won’t go away, you should let your doctor know so that you can get appropriate evaluation. It would never hurt to try a gluten ­free diet, along with a lactose ­free diet in most cases.

It is not known if this type of intolerance is permanent or temporary in any individual, so you could try adding gluten back into your diet after you are feeling better to see if the intolerance has resolved.